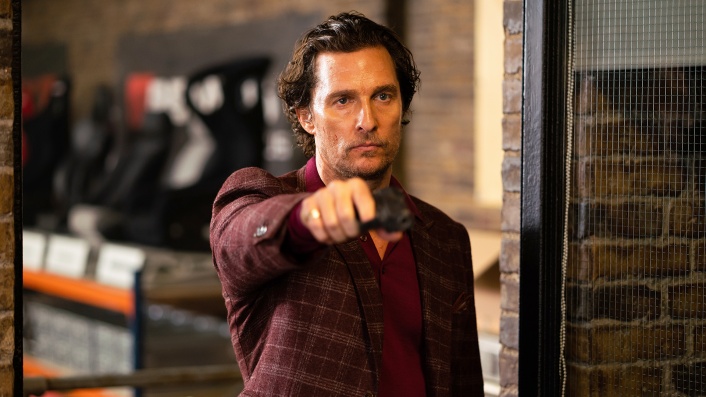 Crooks are trying to steal a marijuana tycoon's (Matthew McConaughey) business out from under him in this action comedy from Guy Ritchie. When American expat and businessman Mickey Pearson (McConaughey) decides to cash out of his vast marijuana empire, a slew of shady characters come out of the woodwork, looking to part him with his holdings in sinister ways. 2020Rating: R16, Violence, offensive language, drug use & sexual material113 mins USA