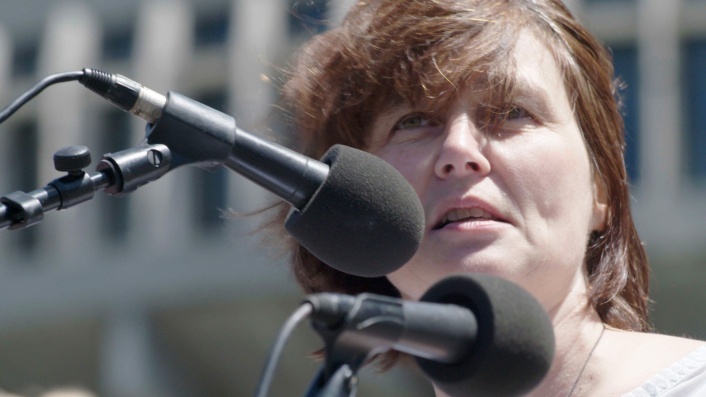 Documentary portrait of the late Helen Kelly, telling the story of a woman whose advocacy and generosity changed the lives of countless New Zealanders. "For the last year of her life, filmmaker Tony Sutorius was granted extraordinary access to Kelly: as she underwent hospital treatment, at home, butting heads with the bureaucracy in Wellington, and on the road. On the West Coast she rallies the Pike River families â€“ with whose help Sutorius has secured extraordinary footage from within the mine â€“ who refuse to be palmed off. In Tokoroa, she helps Maryanne Butler-Finlay win justice for her husband, whose death on the job had been written off as accidental. Along the way, Kelly finds herself an accidental flag-bearer for a change in the law around medical cannabis, something which became a palliative necessity as she underwent round after round of battering treatment. Kellyâ€™s lucid, experience-supported argument played a substantial role in leading to next yearâ€™s referendum." (New Zealand International Film Festival) 2019 Rating: Exempt 92 mins New Zealand