THE PERSONAL HISTORY OF DAVID COPPERFIELD 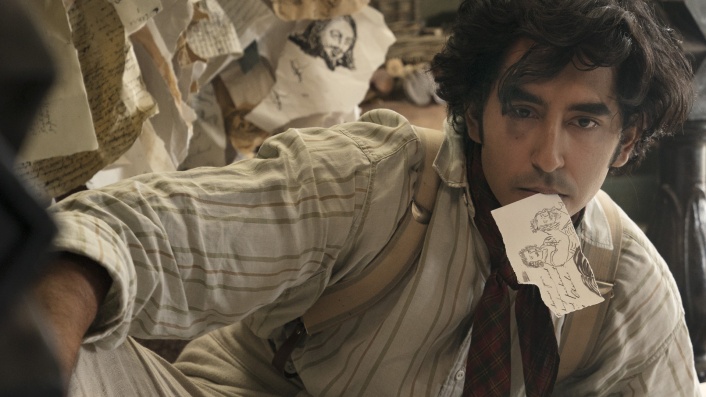 Veep creator Armando Iannucci (The Death of Stalin) directs Dev Patel (Slumdog Millionaire) as the titular character in this feature adaptation of Charles Dickens's masterpiece. The supporting cast includes Tilda Swinton, Hugh Laurie and Ben Wishaw. "Born six months after the death of his father, David (Patel) is lucky to be raised by a loving mother. But when Mum weds the dour Edward Murdstone, David is shipped off to the cottage â€” actually a capsized boat â€” of his housekeeper's family. These peculiar accommodations prove to be only the first of David's numerous temporary abodes, which include an oppressive boarding school and the home of his eccentric aunt Betsey Trotwood (Swinton). Wherever David goes, whether living in poverty or comfort, he writes pithy impressions of all those he encounters â€” impressions that will one day constitute his autobiography." (Toronto International Film Festival) 2019 Rating: PG, Violence119 mins UK, USA