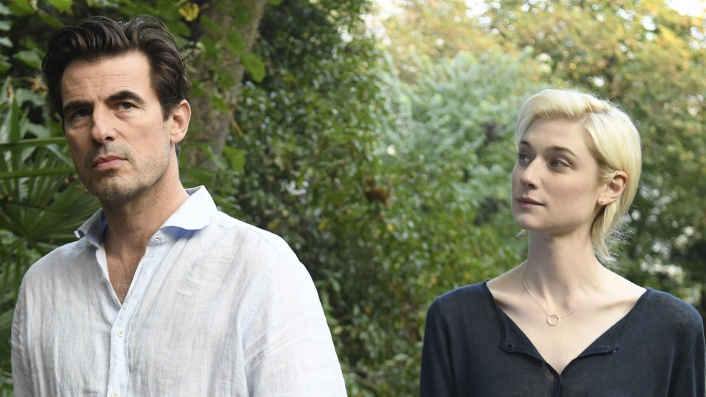 Claes Bang (The Square), Elizabeth Debicki (Widows), Mick Jagger and Donald Sutherland star in this neo-noir thriller set in the art world of present day Italy. "Irresistibly charismatic art critic James Figueras (Bang) hooks up with provocative and alluring fellow American, Berenice Hollis (Debicki). He's a classic anti-hero in the making with a charm that masks his ambition, whilst she's an innocent touring Europe, enjoying the freedom of being whoever she wishes. The new lovers travel to the lavish and opulent Lake Como estate of powerful art collector, Cassidy (Jagger). Their host reveals he is the patron of Jerome Debney (Sutherland), the reclusive J.D. Salinger of the art world, and he has a simple request: for James to steal a Debney masterpiece from the artistâ€™s studio, whatever the cost. As the couple spend time with the legendary Debney, they start to realise that nothing about the artist nor their mission is what it seems. But James is a man of deep, lurking ambition and he will do anything, from arson and burglary to murder, in order to further his careerâ€¦" (Venice Film Festival) Winner of the Fondazione Mimmo Rotella Award (Mick Jagger, Donald Sutherland), 2019 Venice Film Festival 2019Rating: R13, Violence, offensive language and sex scenes 99 mins Italy, UK