THE MYSTERY OF D.B. COOPER 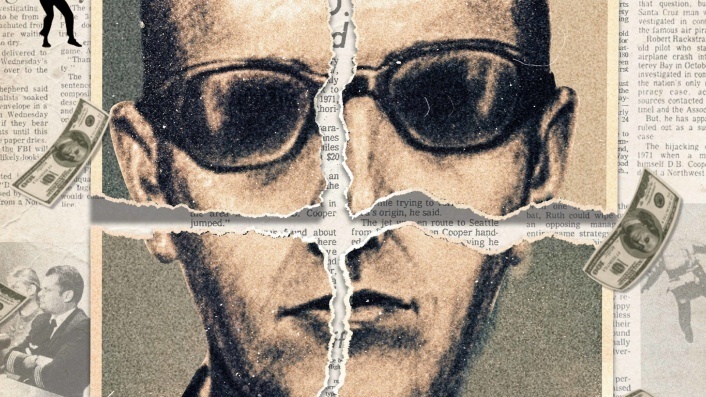 The director of Louis Theroux's My Scientology Movie documents the 1970s case of Dan "DB" Cooper, long regarded as the greatest unsolved heist in American history. The film brings to life the stories of four individuals fervently believed by their family and friends to be the mystery man who hijacked a 727 flying out of Portland, OR, traded the passengersâ€™ lives for $200,000 and four parachutes, lept from 10,000 feet over some of Washington Stateâ€™s roughest terrain, and was never heard from again. Almost 50 years later, the case continues to confound the FBI and inspire wild speculation as it remains the only unsolved airplane hijacking in United States history. 2020 Rating: M, Offensive language 85 mins USA