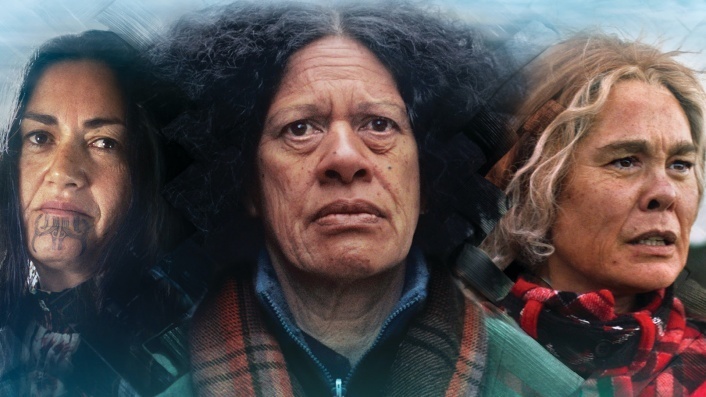 Waru directors Briar Grace-Smith and Ainsley Gardiner helm this time-transcending MÄori drama based on Patricia Grace's novel about three cousins, separated by circumstance, and their long journey to find each other. Grace-Smith co-stars with Tanea Heke (Waru) and Rachel House (Hunt for the Wilderpeople). Mata (Heke), Missy (House) and Makareta (Grace-Smith). Three cousins. Three lives. Separated by circumstances, yet bound together by blood. Orphaned Mata believes she has no whÄnau and lives out her lonely childhood in fear and bewilderment. Back home on the land, educated Makareta flees an arranged marriage to study law and begin the search for her missing cousin. She leaves behind cheeky yet dutiful Missy who takes on her role of kaitiaki (guardian) of the land. As the years pass, loss of the family land seems imminent and the womenâ€™s promise to bring their stolen cousin home seems more unlikely than ever, until a chance encounter changes everything. 2021 Rating: PG, Offensive language 83 minsNew Zealand