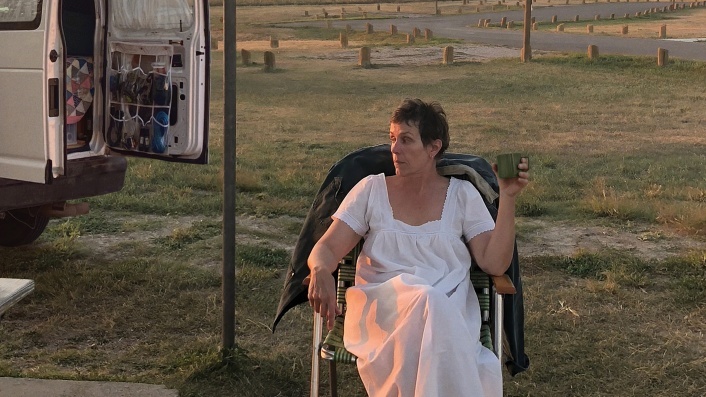 Frances McDormand leads this Golden Globe-winner as Fern, a woman who loses everything in the Great Recession and embarks on a journey through the American West as a van-dwelling modern-day nomad. Scoring Best Director at the 2021 Golden Globes, this is writer-director Chloe Zhao's follow-up to her critically-acclaimed The Rider (2017). Based on the non-fiction book Nomadland: Surviving America in the Twenty-First Century by Jessica Bruder. As with her previous films, Zhao features non-actors in supporting roles. Nomadland premiered at Venice Film Festival 2020. Best Film, Actress (McDormand), Director and Cinematography winner at the 2021 BAFTAs. Best Film (Drama) and Director winner at the Golden Globes 2021. M, Nudity 108 mins USA