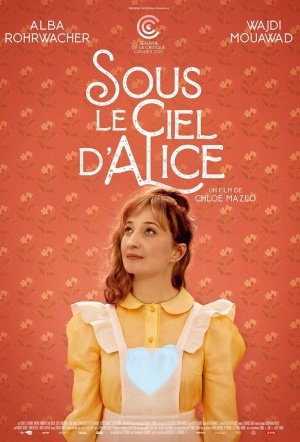 In the 1950s, Alice leaves her native Swiss mountains for the vibrant shores of Beirut where she falls in love. But the years of bliss become marred by the threat of civil war. This is the feature debut from writer-director ChloÃ© Mazlo. "Colorful, stop-motion animation and offbeat characters add whimsy to this drama limning the marriage between a Swiss woman and a Lebanese astrophysicist. Sparks fly when the European visitor meets the genial scientist in a Beirut cafÃ© in the 1950s, the city becoming their home after they wed. But can that love survive when civil war breaks out 20 years later?" (San Francisco Film Festival) 2021 Rating: PG, Violence91 mins France French with English subtitles Moby Dick Films