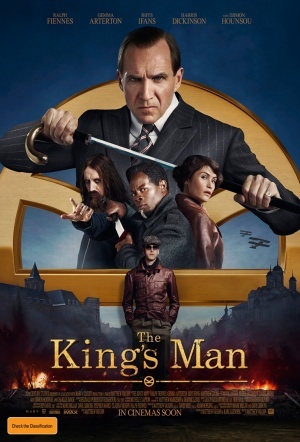 Director Matthew Vaughn returns for the prequel to the Kingsman spy comedy series, with Ralph Fiennes and Harris Dickinson (Maleficent: Mistress of Evil) joining the cast.

The spin-off prequel looks at the spy organisation at the turn of the 20th century, when a group of the world's most notorious tyrants are plotting a war that will wipe out millions.