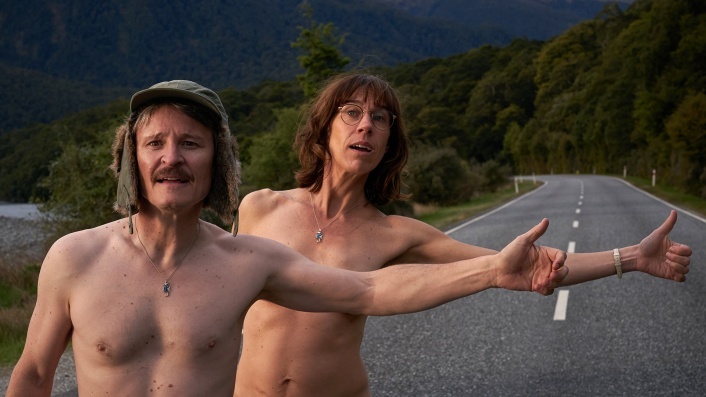 2022 Rating: R16, Sex scenes, offensive language, sexual references, nudity & drug use100 minsNew Zealand, AustraliaFirefly Films A couple head to a retreat in an effort to rekindle the spark in their marriage, only for the sanctuary to be not quite what they expected in this comedic relationship tale starring Jemaine Clement (What We Do in the Shadows), Jackie van Beek (The Breaker Upperers) and Damon Herriman (Judy & Punch). The entire film is spoken in an improvised gibberish-ish language with English subtitles written by British comedian Julia Davis. When middle-aged suburban couple, Laura and Bruno are gifted a remote couplesâ€™ retreat for their anniversary, they decide to give their failing marriage one last shot before calling it quits. Arriving in an idyllic sanctuary nestled in the mountains, Laura and Bruno uncomfortably enter a world of laughter workshops, tantric dance, sexual liberation and emotional animals, helmed by the charismatic guru Bjorg Rassmussen. When new temptations start to take hold, the couple are pushed to the brink forcing them to look within to find what they really want.